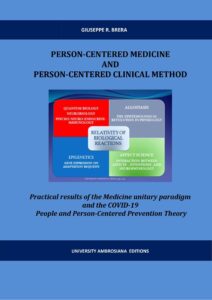 The mystery of the SARS-COV 2 entry in cells, allostasis, and the COVID-19 severity up to fatality has been revealed.

The theory, inspired by the Person-Centered Medicine paradigm change of medical science and medicine and the derived health concept relativity, resulted from the prof. Giuseppe R.Brera’s (University Ambrosiana-Milan School of Medicine ), theoretical investigations on more than 1000 papers since 2003. The discovery changes the COVID-19 prevention perspectives and resolves the high mutant virus prevention failure and early treatment and the omissions of secondary prevention in older people at risk by introducing the People and Person-Centered Prevention Theory, based on the constitution of a metabolic-immune shield for people, warranting other communicable and non-communicable diseases prevention, like cancer.

The significant theories completely reverse the world public health policies against COVID-19, built of an obsolete model and oriented only to bio-technology, by addressing these to Person-Centered Medicine according to Medicine and Medical Science advances and the derived health concept to date defined as “ The best possibilities for the best being a human person”, introduced on invitation by the author in WHO, in 2011, but not applied, until now. The research results presented in the books make the Person-Centered Medicine and health paradigm adoption in countries and WHO the necessary condition for any pandemic shutdown, public health fares saving, and the realization of the World Health Charter because orient to prevention.

The SARS-COV 2 allostasis theory, the health relativity theory the PPCP model are published in three books (one in preparation) published by the University Ambrosiana editorial department:

Sars-Cov-2 allostasis and the COVID-19  people and person-centered prevention-A new prevention strategy  based  on  the people’s metabolic and immune shield induction for the COVID-19 pandemic shutdown”
632 p. – 1065 references.  Euro 133  ( in distribution within 4 April)
(booking is possible)

Subscribers to Master and Summer School in PCM will receive the book as a benefit.

The 23° Congress of the World Association of Social Psychiatry,(WASP) held in Bucharest is concluded. 600 psychiatrists from 66 countries  examined  the social determinants of health, mental health and access to care.  Particularly many papers presented the serious problem of the consequences of immigration and globalization on the immigrates’ mental health, evidencing severe problems, great suffering, like post-traumatic stress disorders , behavioral disorders and difficulty in adaptation to new life style styles, because of the loss of the cultural identity  and eradication from the native  cultures. It request a particular endeavour and burden of psychiatrists , health professionals and health systems. It appeared that immigration and globalization are social pathologies to be prevented by countries. At the end of the Congress the Bucharest declaration has been written to involve policy  makers to cope with social problems related to mental health.

In the opening ceremony, the WASP conferred to prof. Giuseppe R.Brera,  the highest WASP honor for his contribution to Medicine, medical science,  and social Psychiatry for the Person-Centered Medicine,   and Person-centered clinical method theories and the teaching procedures realization since 1999, which changed the health,  medical science, medicine, and  medical education paradigms.

We, the participants of the 23rd World Congress of Psychiatry, Bucharest, Romania October 25-28, 2019 affirm that social determinants of mental health and access to care needs urgent attentionof policy makers, planners, administrators, mental health professionals and governments of the world.
At this Congress global citizens, service users, families, careers, mental health advocates and professionals with an interest in mental health have come together to express our belief that there is no good mental health in absence of good social, economic and physical environments.
We support the Astana Declaration, confirming the fundamental right of every human being to the enjoyment of the highest attainable standard of health without distinction of any kind. Good mental health care together with good social integration, for service users and their families, are two pillars that contribute to put into practice this fundamental right.
We consider that the conditions in which people are born, grow, develop, live, work and become older are shaped by the distribution of power, political will, and resources at global, national
and local levels. These conditions may contribute to mental disorders onset and course: the social inequalities are associated with increased risk of many common health disorders – including mental
health disorders – and even of premature death.
We also recognize that these mentioned conditions may become a valuable protectiveresource to improve the population global health, and to reduce the risk of mental disorders, ifmanaged properly. For that, actions need to be universal, across the whole of society, and
proportionate to the needs, in order to level the social gradient in health outcomes.
We believe that by acting on the social conditions in which people live it is possible to contribute to promote the person’s dignity, a better subjective mental health and well-being, to build the capacity of communities to manage adversity, and to reduce the burden and consequences of
mental health problems. We also believe that disadvantages because of mental health problems damage the social cohesion of communities and societies by decreasing interpersonal trust, social participation and civic engagement.
We declare that social interventions are crucial for the prevention of mental disorders, and they should be considered in any plan of treatment for these disorders. Social problems and mental health problems are interrelated, and they cannot be solved without collaboration between all
institutions, providers and disciplines of human knowledge, influence and action.
We recognize Social Psychiatry as a branch of Psychiatry concerned with the effects of the social environment on the mental health of individuals as well as the effects of persons with mental disorders on the social environment. Social Psychiatry is specifically focused on the interpersonal and
cultural context of mental disorders and mental well-being.
We support the Alma-Ata and Astana declarations, and professionals working in Social Psychiatry have the right and the duty to participate individually and collectively in the planning and implementation of the mental health care. These professionals have a moral responsibility to speak for patients and their needs, highlight the impact of social inequalities and resulting inequalities as a
result of mental illness, and advocate for those who are most vulnerable and may not have a voice or may not be heard.

WHEREAS, 14% of the global burden of disease is attributed to mental disorders; 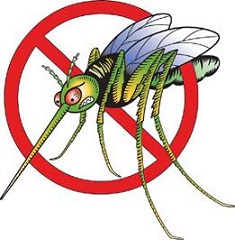 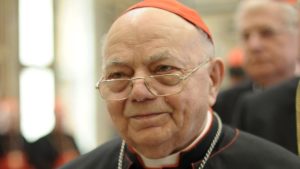 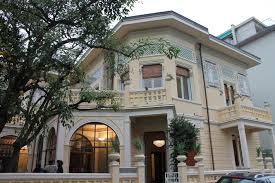